The last time ZFS was covered, an description of overall features were covered. How to use all of those features was uncovered. This post will try to cover some of the other features.

ZFS centralizes all directory sharing into a single command structure and removes the needs to manage arcane configuration files to deal with issue such as configuration, status, and persistency.

ZFS uses a property to determine whether a filesystem mount is going to be shared or not.

To stop NFS sharing of a ZFS filesystem.

To start an NFS sharing of a ZFS filesystem.

On the same server, one can check the "share" command to see what is being shared from all protocols, persistent or not. A listing of domestic sharing protocols that can be checked are in a configuration file on the sharing host

On a foreign server, one can check to see what is being shared (via NFS protocol), persistent or not. A listing of foreign protocols that can be checked are in a configuration file on the remote host.

For the share and dfshares command, if no protocol is specified, then the "nfs" protocol is the default. A ZFS filesystem shared over NFS can be done using the "share" and "dfshares" command.

In most historic POSIX systems, there is a file referred to as "sharetab" (or some derivative of it) to review the sharing of filesystems. This is effective against any underlying filesystem (i.e. UFS, VxFS, ZFS, etc.) In the example below, cdunix is not on a ZFS filesystem.

If one is running a pure ZFS environment, persistence is held as a property. You can see the status of the ZFS file share through a ZFS command.

Checking all shared protocols through ZFS is also possible, through parsing "all" properties option.

Checking the share status for all protocols from a foreign server is not as elegant. Individual protocols must be used, such as the "dfshares" command.
Posted by David at 10:31 AM No comments:

There has been grumbling about Apple Macintosh "tablet" form factors for years, although the leaks have been getting more substantial as of late.

One such published rumor included a quote, from an enthusiast, which was highly criticized:
"The iTouch Tablet is about to change society as we know it."

This comment really all depends upon the execution by Apple.

What made the iPod, iPod Touch and iPhone successful?

Apple figured out how to change the industries in three markets: portable music players, PDA's, and Cell Phones. As a side note, Apple failed to create the PDA market with the Newton.

If Apple applies the same consideration into the Tablet market, they could do well.

Moving onto the Tablet

Making a successful consumer oriented appliance technology in a tablet which is easily manageable could be the key. Without the need for OS patches & upgrades in conjunction with virus updates, many traditional market outlets could choose the device over a portable PC or laptop:
Anyone who has used cheaply manufactured devices (made with little attention to software & hardware details) tire of the experience quickly (due to the issues inherent with trash design & manufacturing.) A large number of good ideas go to the technical graveyard when consumers believe they are poorly implemented the first time around. An Apple "iTablet" with the engineering of a Apple MacBook Air might be accepted rapidly.

Anyone who has used industrial devices, which have physical controls, spend a pretty penny for them - moving the technology to touch screen controls could result in a far better user experience and longevity in the device usage without substantial maintenance in cleaning sliders/pots.

If Apple does a tablet right, they could really revolutionize many industries.

What does all of this have to do with Network Management?
How could these issues be resolved in a tablet?
Closing Thoughts

Will Apple release a tablet?

This is a great unknown, but all being said, moving Network Management applications to devices like the Apple iPod Touch and iPhone is a no-brainer.

A larger form factor in an appliance (that is not an Apple laptop) could easily infiltrate the Network Management business, especially if it can demonstrate cost savings during dire economic times.
Posted by David at 12:51 PM No comments:

There has been much speculation concerning the rumor originating from the New York Times suggesting Sun Microsystems canceled the processor UltraSPARC RK called 'Rock'. 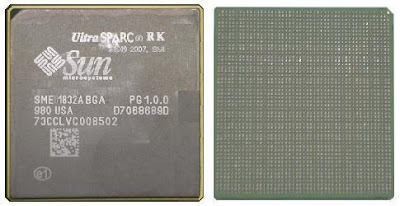 Understanding the history behind 'Rock' provides support to just about any rumor.

There was very good historical information in many trade journals. One of the most bizarre quote regarding Sun Microsystems processor UltraSPARC RK or 'Rock' was from Dean McCarron, principal analyst at Mercury Research. His quote was widely reported in various trade magazines, such as:
"Even if Rock had made it to market, it would have been an uninteresting processor as companies like Intel and AMD are offering high-performance chips at more reasonable prices, said Dean McCarron, principal analyst at Mercury Research."

Suggesting 'Rock' is "uninteresting" demonstrates a level of ignorance beyond comprehension. 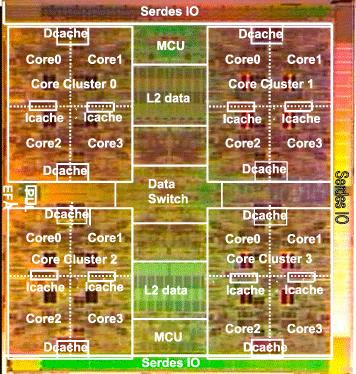 'Rock' is an interesting processor to Computer Scientists since they have worked for decades trying to optimize single threaded applications. Thread bound applications run with very painful waits when they encounter cache misses on traditional proprietary (Intel & AMD) processors. These waits are a thing of the past on Rock with technologies such as:
'Rock' is a very interesting processor in the academic world since companies like Intel and AMD have not recently pioneered computer science technologies in silicon to optimize single threaded applications. Implementations of theory in real silicon are very important to review academic thoughts and determine future implications. Implementations like 'Rock' are studied for decades. 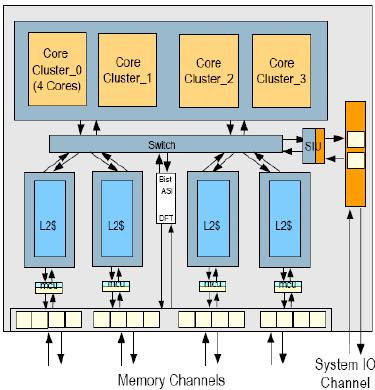 'Rock' is a very interesting processor for business, military, and academia system performance of single thread bound applications - software threads on 'Rock' runs with very few of the painfully long waits on slow memory due to cache misses, commonly experienced with Intel and AMD processors. People who purchase systems expect their systems to be doing work, instead of sitting around idle.

'Rock' is a very interesting processor in the commercial world since accelerating legacy single thread-bound software allow for acceleration of existing software (which does not scale well with multiple threads) - something the major CPU developers (AMD and Intel) in rest of the market have been ignoring for a couple of years. If a single thread is the problem, newer CPU's from other vendors will not solve their performance problem, increase the thread bottlenecked performance, and increase the business profitability.

'Rock' is a very interesting processor in the investment community. Sun had pioneered the niche of multi-threaded hardware with the release of their 32 hardware thread UltraSPARC T1 processor - driving other vendors (Intel, AMD) to change their directions to start heavily threading their CPU's... discontinuing projects to speed existing single-threaded applications. The release of Rock would enable Sun to pioneer this lost niche, abandoned by the other vendors. Filling niches are very profitable to investors in those technologies. 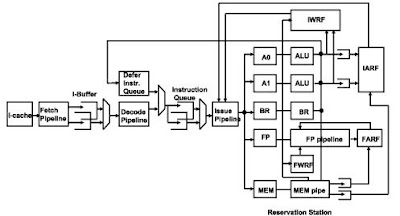 'Rock' is very interesting to the environmentally conscience consumer. Very little work has been done recently in the market to increase the performance of single threaded software, with the exception of increasing clock rate, which drives up the costs to consumers in: hardware, cooling, and power consumption. Rock has been the exception - targeting increased single threaded performance without aggressively increasing clock rate and the negatives that go along with it.

'Rock' is a very interesting processor for enterprises struggling with consolidation efforts. Bundling 16 high-speed cores into a single chip which supports LDOM's at the firmware level and Solaris Containers at the OS Level provides a consolidation platform for legacy applications which are not highly-threaded and required high single threaded throughput.

While Network Management sees great performance strides with highly threaded hardware during 24x7x365 operations, not all areas are optimized. Two areas where highly threaded hardware (with slower individual thread performance) need improvement include: startup/shutdown time when the database needs to be loaded/dumped and post-discovery time when data needs to be consolidated with relationships built to all the other objects.

On some very large network topologies with extremely high (99.999) availability concerns - a slow startup time or slow post-discovery time is considered unacceptable - every minute counts in the case of software or hardware failure when protected with a High Availability kit.

Rock's role in network management is clearly defined and beneficial.

In the end, I can't say that I'm really sold on Sun's very aggressive use of speculative execution, but I will say that Rock is one of the most interesting and novel processors that I've seen in 10 years of covering this space. In its own way, it's every bit as exotic as IBM's Cell processor, but because all of that exoticism is hidden from the programmer it won't be nearly as difficult for developers to deal with.

I think this says it all.
Posted by David at 6:44 PM No comments: