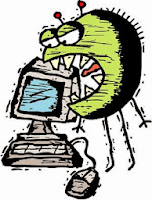 A new set of Intel based vulnerabilities had been discovered Every security release for Linux had creates slower versions of the Operating System. Linux even started shipping their Operating System with security disabled, by default. This latest release candidate disables another item.


In November, it emerged that Spectre Version 2 fixes in the Linux kernel were a performance nightmare. Single Thread Indirect Branch Predictors (STIBP) were the culprit: they didn't play well with symmetrical multi-threading (SMT), and performance took a 50 per cent hit.


People were not very happy about this latest fix.

What is contained in this Intel Linux release candidate:


The workaround was to disable STIBP while waiting for a fix, and that's what landed in Linux 4.20-rc5. Phoronix described the fix as “processes opting into [STIBP] (via prctl interface and defaulting it on for SECCOMP processes”, rather than applying SMT to all threads.

This latest fix attempt is not without pain.


Torvalds remarked that this release candidate has lots of code: “rc5 is the biggest rc so far (with the obvious exception of rc1), and it looks fairly unusual in the diffstat too, with almost a third being arch updates."

As mentioned earlier in Network Management, Oracle SPARC T4, T5, M5, M6, M7, S7, and M8 had been patched at the Firmware Level, making their systems secure for the hosted Solaris Operating System... while all older Sun 64 bit SPARC Processors were immune.


As existing Intel hardware continues to get slower with every patch, SPARC processors, which were faster to begin with, continue to show performance gains, by merely existing as a more secure alternative.

While the rest of the world is still struggling with Linux on Intel processors, SPARC based Data Centers continue to run. Running in security & safety under SPARC is quite normal.

Sun Microsystems had branched out into Intel Support, even as far as alternate operating systems, to gain market share. For awhile, Sun was #3 in servers shipped. Oracle had purchased Sun Microsystems, advanced the SPARC processors, to make the fastest servers in the world, running Solaris. This occurred, as Oracle continued to advance Intel based Engineered Systems. Microsoft Windows was a key native platform support for Intel Oracle hardware.

Oracle had discontinued Intel Hardware Management support for Microsoft Windows on the their Intel based chassis. As per their note:


Windows on Oracle's Bare-Metal Servers will no longer be a best-practice in datacenters.

The push seems to be on to push Microsoft Windows off of native hardware support on Oracle Intel based systems. If there is a desire to properly manage an OS on Oracle bare metal, Microsoft Windows is not a good choice, from a lifecycle management perspective. Solaris and Linux are best-practices. While Oracle Linux is a best practice under Intel, Solaris is a best-practice both under SPARC and Intel.