The movement to massively threaded processors meant that applications needed to be re-written to take advantage of the new higher throughput. Certain applications were already well suited for this workload (i.e. web servers) - but many were not.

Application Challenges:
The movement to massively threaded software, to take advantage of the higher overall throughput offered by the new processor technology, was difficult for application programmers. Technologies such as DTrace were added to advanced operating systems such as Solaris to assist developers and systems administrators in pin-pointing their code hot-spots for later re-write.

When the SPARC T4 was released, there was a feature called "Critical Thread API" in the S3 core, to assist application programmers who could not resolve some single thread bottlenecks. The S3 core could automatically switch into a single-threaded mode (with the sacrifice of throughput) to address hot-spots. The T4 (and T5) faster S3 core was also clocked at a higher rate, providing an overall boost to single threaded workflows over previous processors - even at the same number of cores and threads. The ability to perform out-of-order instruction handling in the S3 also increased speed in the execution of single-threaded applications.

A single system scaling to 192 cores and 1536 threads offers incredible challenges to Operating System designers. Steve Sistare from Oracle discusses some of these challenges in a Part 1 article and solutions in a  Part 2 article. Some of the challenges overcome by Solaris included:

Clearly, the engineering team at Oracle were up for the tasks created for them by the Oracle SPARC engineering team. Innovation from Sun Microsystems continues under Oracle. It will take years for other Operating System vendors to "catch up". 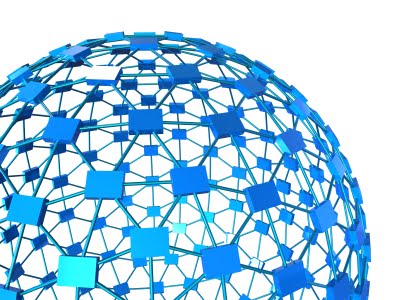 In the realm of Network Management, many polling applications used threads to scale, where network communication to edge devices was latency bottlenecked - making the SPARC "T" processors an excellent choice in the carrier based environment.
The data returned by the massively mult-threaded pollers needed to be placed in a database, in a consistent fashion. This offered a problem during the device "discovery" process. This is normally a single-threaded process, which experienced massive slow-downs under the "T" processors - until the T4 was released. With processors like the SPARC T4 and SPARC T5 - Network Management applications gain the proverbial "best of both worlds" with massive hardware thread scalability for pollers and excellent single-threaded throughput during discovery bottlenecks with the "Critical Thread API."

The latest SPARC platforms are optimal platforms for massive Network Management applications. There is no other platform on the planet which compares to SPARC for managing "The Internet".
Posted by David at 2:33 PM No comments:

Background:
This platform was located in Hungary. I say was, since it was relocated.  This video was taken during the last hours of it's relocation, and thus ending 10 years of uptime. This platform was involved in processing outbound internet facing traffic. The last of it's production facing traffic load was removed a number of months earlier.  Mid-way through the video, a short interlude was shown with a Solaris 11 platform and a ZFS kernel dump - note, this was not the tribute platform. in question since ZFS was not around back when this 280R system was first powered up - this is a Solaris 9 platform. The music used in this tribute video was performed by Lana Del Rey - Born to Die.
A short post and discussion on slash-dot surrounding the shutdown and relocation of this system has been noted.
Posted by David at 3:00 AM No comments: