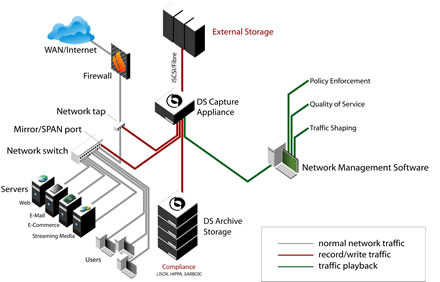 Firewalls represent a "choke point" between a Data Center and The Internet. The function of the Firewall is to protect the Data Center from unauthorized & malicious access. This "choke point" also typically terminate socket connections which have been idle for extended periods of time, to reduce unnecessary connections which need to be statefully inspected. This termination of idle sockets will sometimes stop the normal functioning of administrative sessions over SSH where longer running interactive jobs (i.e. backups, software installs, manual data loads, etc.) and corrupt databases. KeepAlive functionality in SSH can be engaged to inhibit this behavior.


What is the Error?

When a firewall terminates the connection, the client connecting to the Solaris Server in the remote Data Center may exhibit the following error message:

And the connection is terminated.

In an outsourced Data Center environment, a controlling TTY over SSH connection was being terminated, when idle for 10 minutes, while manually running an interactive backup script (which produced no output to the controlling TTY over an SSH during the copy of a significant quantity of data across a WAN connection.)


What is a KeepAlive?

A KeepAlive packet is normally a 0 byte packet, sent along an open SSH session, on a regular interval, to keep a firewall from assuming the connection is idle, during longer periods of non-interactivity.

How to Configure KeepAlive

Under Solaris 11.3, there is a system-wide configuration file which can be updated, on the server receiving the connections. By default, KeepAlive functionality is disabled under Solaris 11.3

The following adjustment will enable KeepAlives to be sent every 120 seconds, while forcing a disconnection after 240 seconds, without responses (so the firewall is always getting data, and a truly idle connection will beterminated by SSH server, instead.)

A backup should be done to the original file, in case it needs to be rolled back.
Console access to the system will be needed, to perform the roll back, if ssh is mis-configured.


How to Enable KeepAlive

Network Management of Solaris Systems in Cloud based Data Centers is still quite usable, when firewalls are deployed by Cloud Providers and clean up idle connections.  These types of environments have long been used in mission critical arenas, with secured servers residing in DMZ's and ISZ's - so a remote data center with a perimeter firewall is just "old hat".