The Register: Woefully Behind... 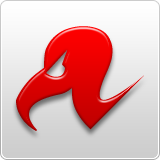 The Register: Woefully Behind

Timothy Prickett Morgan writes in The Register, "Considering that VirtualBox came from a German company (Innotek) that Sun bought in February 2008 because its own Xen-based virtualization efforts were woefully behind..."

That statement is categorically untrue... personal pet speculations should never be conveyed as fact by a reasonable writer.

There has never been any published statement from Sun confirming this writers opinion. To make a truthful statement , one would need to have a reference from Sun, none has been presented, and I have personally never seen such a statement from Sun.

Sun announced development is continuing on xVM Hypervisor under x64 servers with more features due... OpenSolaris will continue to be the place to get it.

Sun VirtualBox runs under MacOSX, Linux, and Windows - the OpenSolaris or Solaris Operating System support teams is the wrong place to put this product development. Is Sun VirtualBox "woefully behind" because VirtualBox was not bundled in Solaris 10? Doubtfully...

Contrast this to Hardware Domains, Logical Domains, and xVM Hypervisor all being consistently supported at the OS level. Since these features are not offered under MacOSX, Linux, or Windows - this is the right place to put this product development. is Sun xVM Hypervisor "woefully behind" because it was not released as a separate product? Doubtfully...

If a company is thinking about deploying Linux with an x86 Xen hypervisor to run Solaris 10, there is far less risk with considering Xen under OpenSolaris with Sun xVM Hypervisor - paid production support are available directly from Sun for OpenSolaris.

The Sun xVM Hypervisor for x64 was merged into the OpenSolaris source code base. One would logically conclude the xVM Hypervisor is being groomed as a feature in the next major release of Solaris (i.e. perhaps Solaris 11?) for those companies who don't want to mess with pure Open Source operating systems like OpenSolaris.