A simple way to crank up VNC on demand.
Posted by David at 3:20 PM No comments: Links to this post 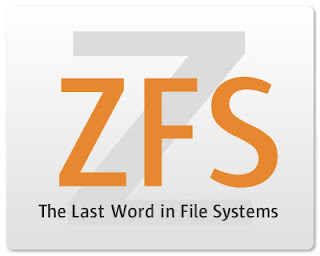 Recently introduced into OpenSolaris, PSARC/2010/105 provides the ability "to describe what has changed between the snapshots of a dataset" based upon ZFS.

The syntax looks similar to the following:
The output describes the changes noted between the ZFS datasets.

An example of usage is as follows:
Benefits to Network Management:

The benefits to adding such capabilities to Solaris include:
There are numerous benefits to ZFS Snapshot differences that can change the way businesses do computing today - if the businesses decide to leverage them to meet their development, fiscal, legal, security requirements, and business continuity requirements.
Posted by David at 12:15 PM No comments: Links to this post

Under Solaris, users could configure some flat files and reboot a system in order to bring up their machine on an IP network. The startup scripts under Solaris traditionally leveraged the straight "ifconfig" command to add the network interfaces for the IP layer. The command for managing interfaces as the data link layer had been "dladm". Sun also bundled "IPFilter" into Solaris 10 for firewalling and NAT'ing. Configuring the various IP interfaces has been somewhat complex, so a new user friendly command has recently landed in OpenSolaris to help: "ipadm".

The configuration files which are normally leveraged to configure a simple system before restart include:
The "files" method is persistent across reboots, but of course requires a reboot. If a reboot is not possible, then follow the instructions below to perform the On-Line Method of configuration.

For people who can not afford to perform reboots of a system, interfaces can be added while the operating system remains on-line using the "ifconfig" command.
In order for on-line changes to be persistent across reboots, it is important that the Configuration File Method has already been followed.

With the PSARC/2010/080, OpenSolaris includes a unified interface to build interfaces on-line, which can also be made persistent.

For some examples on how to use the new OpenSolaris "ipadm" command are here.

We are all looking forward to this making it into Solaris!
Posted by David at 2:46 PM No comments: Links to this post

Look through results for 'ethernet', 'network' or similar words. There will probably be multiple network devices.

You will receive an output of device properties, look for:

Repeat as necessary.
photo: courtesy of rudolph_schuba
Posted by Rob Petty at 1:25 PM 2 comments: Links to this post

Introduction:
Have you spoken to teachers who complain about getting their work done in the classroom when the school provided computer breaks down and there is no simple way for the teacher to fix it within the time allotted when attendance has to be taken in home room and submitted before 1st period? How about trying to do a lesson and having the smart board or computer break down? 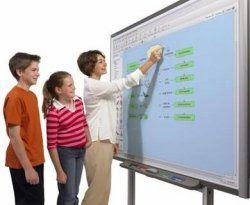 No need for a teacher to have to worry about anything, just plug it in and watch it work. If the SMARTBoard breaks, plug in a another one. If the SunRay breaks, just plug in another one. OK - this is really awesome... Thanks WerkPlek!

"Video shows how we installed and configured a Sun Ray DTU with a SMARTboard in a classroom. A digital blackboard (this one is white :-) is very popular today at schools."

The Sun VDI is a flexible architecture with many possible options to plug in.

Posted by David at 12:57 PM No comments: Links to this post Thanks to SNSEuope for the good news!

The Impact on Network Management

Businesses were forced to use 300GB drives to build large storage systems to hold large quantities of collected SNMP data in a managed services environment. With these new drives, there will be the ability to more reliably hold vastly larger quantities of data per chassis!

With typical a typical enterprise chassis holding 6.6x the storage, a singe ZFS file system will supports a lot more customers in the same form factor. Many other legacy file systems will top out at 16 Terabytes, making even the smallest external disk chassis with 2 Terabyte SAS drives a burden from an OS and Application perspective.

Adding 6x the quantity of memory to an existing computing chassis, to properly cache 6x the disk capacity, is most likely not a reasonable option, without buying computing platform. With ZFS, the ability to leverage a PCIe slot for read and write caches, will provide superior performance and linear scalability for those very same applications with the larger disks (as they are filled to capacity) than non-flash and non-ZFS based systems. This means, adding more disks will scale more linearly, without adding substantial quantities of RAM for in-memory cache, since popping in another PCIe card will do the trick.

This is GREAT for everyone - the Managed Services Provider, whose costs will decrease, as well as the Customer, who will receive lower prices for the services received!

Posted by David at 12:56 PM No comments: Links to this post