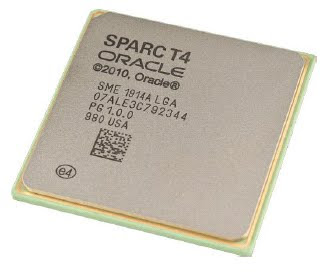 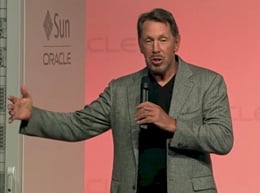 The Register covered the T4 product launch in an article as well as the Oracle's SPARC SuperCluster in an additional article. The writer was kind enough to include images of the new systems being released based upon the new SPARC T4 silicon.

A simple PDF data sheet on the new Oracle SPARC T4 processor is available on Oracle's web site. On Monday, September 26, 2010 - a presentation and product launch was conducted. The Event Replay is available on-line, but some of the highlights are as follows.

Some price/performance comparisons were made between a T4-4 cluster and IBM POWER 7 system.

The market was reminded of the 2010 SPARC processor road map and how other vendors refused to release a public road map.

IBM recently released a historical road map with no dates for POWER, but it seem they might be behind.

Oracle illustrated how SPARC is beating their road map:

Details for the next processor, SPARC T5? scheduled to arrive next year in 2012, revealed.