Operating Systems and Software Vendors continue to struggle with the difference between 32 bit and 64 bit architectures, but the SPARC family of processors continues to roll out 64 bit CPU chips for data flagship Solaris 64 bit Operating System. Watching companies announce new products ahead of time is tricky because of Government Regulation, but sometimes watching less overt routes can provide a great level of insight as to what is coming soon.

Oracle has a history of releasing public road maps for SPARC and Solaris. They have been fairly accurate, since Oracle acquired Sun Microsystems. The roadmaps are subject to change, but they give the Architect a good idea of what is coming and how to plan for it. As of August of 2015, Oracle's public roadmap indicates that a new SPARC is in Test and Solaris 12 is coming early next year. The naming for that SPARC processor is not clear in the image, but


Firmware: What's in the Wild

A recent firmware release indicates the following bug numbers have been resolved:

The new SPARC M7, more than a dream, appears to be a reality. Understanding Oracle's naming conventions, the firmware notes indicates support for an 8 socket chassis. The Chassis and Processor clearly exists.

Solaris 12 is running under OpenBoot!

A recent firmware release indicates the following bug numbers have been resolved:

Solaris 12 is apparently running on existing SPARC platforms at Oracle, which is a good sign!

The place to be will be Oracle OpenWorld in San Francisco, California during October 25-29.OpenWorld will offer many seminars to attend, but there is also JavaOne! Register & Fly to one of the most anticipated conferences of 2015. Why is this so anticipated?

How big can you get? If you are struggling for performance: SPARC, Solaris, and Java can fix it.

Antoine CHAMBILLE, Global Head of Research and Development, Quartet Financial Systems
Amir Javanshir, Principal software engineer, Oracle
Is there a limit to the size of the heap the Java Virtual Machine can handle? Java blogs often report 100 GB as the maximum amount of memory the JVM can manage effortlessly. Yet Quartet FS develops ActivePivot, an in-memory analytic database written in pure Java that is frequently deployed in a terabyte of memory. In fact, earlier this year, it partnered with Oracle to deploy a large credit risk use case in 16 TB of memory and the 384 cores of an M6-32 SPARC server from Oracle. Yes, you can do it, once all the layers of the solution come together: data structures and thread management in the Java code, garbage collection in the JVM, memory management in the OS. This presentation shares all the steps to achieve this.
Conference Session

Do you use Oracle RDBMS? It runs fastest in Oracle silicon, but WHAT silicon? M7 is a good bet!

Ken Kutzer, Principal Product Manager, Oracle
Viraj Nr, Principal Software Engineer, Oracle
Oracle Engineering has focused on the codevelopment of Oracle Database, Oracle Solaris, microprocessors, and Oracle Storage Cloud, resulting in significant advantages for customers who deploy these products together. With each new release, deeper integration results in breakthrough enhancements in security, performance, and ease of management. This session outlines these enhanced capabilities and how they benefit you. Learn the top tips on how to optimize your configurations for the best-possible results. Areas covered include tuning tips for reliable performance and faster database startup with Oracle’s revolutionary new Software in Silicon database features.
Conference Session

Claude Teissedre, Market Development Engineer, Oracle
Programming errors or input data checking inadequacies are vulnerabilities that can be exploited by attackers to alter the behavior of programs, and the “linear buffer overflow” attack remains a major threat to many applications today. Application Data Integrity (ADI), a Software in Silicon feature powered by Oracle’s SPARC M7 chips, allows the CPU to detect such memory corruptions at almost zero cost. This hands-on lab is primarily aimed at detecting simple attack patterns using the Oracle Solaris memory allocators and the Oracle Solaris Studio Discover ADI features. In this lab, advanced developers learn how to use the Application Data Integrity API to adapt a memory allocator to the ADI technology and to create a user and signal handler to customize the ADI error handling behavior.
HOL (Hands-on Lab) Session

Database: More of Oracle RDBMS is executed in Silicon under Solaris with SPARC M7 Processor.

Next Generation: What is coming on Oracle's Roadmap. Solaris 12 will probably be there.

General Session: Software in Silicon and SPARC Outlook—Secure, Smarter Database/Applications [GEN6421]
Masood Heydari, SVP, Hardware Development, Oracle
Software-in-silicon technology is the most important development in enterprise computing of the decade, created by Oracle’s unique vision of breakthrough microprocessor and server designs through coengineering with the database, applications, and Java. This session will help you understand the advanced features that secure your application data with less effort, accelerate the performance of the Oracle Database In-Memory option of Oracle Database 12c, and run Java middleware in the most efficient and fastest-possible way. You will also understand Oracle’s strategy for creating the SPARC server technology that is changing the way customers look at their cloud infrastructure and IT system and will hear about the outlook for systems based on the new SPARC design Oracle has just unveiled.
General Session

The SPARC M7 appears to be a soon to be realized reality, with various discussions coming up in OpenWorld and Java One! 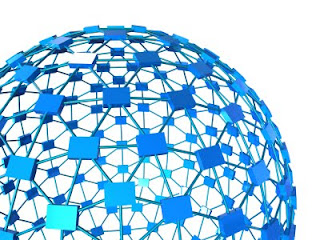 Firmware being released on SPARC Servers are a clear indication of what is here. Oracle will be discussing the usage of SPARC M7 as a reality with live labs. If you are building Network Management platforms, this is the time to start your planning for hardware acquisition, to get the most "bang for the buck".