Processors for: AIX, HP-UX, and Solaris

Abstract:
With the delay and loss of single-vendor advocated central processor units, operating systems centered on that silicon are considered not necessary. Application vendors dependent upon a single operating system dependent upon a single underlying architecture are even at higher risk. This article discusses the top 3 UNIX vendors with the impact of their silicon trajectory.

It was reported last month that IBM POWER 7+ was delayed about 6 months. As of this date, POWER 7+ is now 7 months late. A little insight from the IT Jungle from end of January:


This year, IBM is also supposed to add support for Power7+ machinery to the SDMC, which presumably implies that Power7+ processors are coming out sometime this year.

Maybe 7 months for IBM POWER 7+ is enough?
Will IBM POWER 8 be mentioned 8 months after POWER 7+ was late?

Applications locked-into IBM AIX on IBM POWER must wait. Applications compiled for IBM POWER under Linux must also wait. If an business application needs more power, one must wait on POWER.

[Intel Itanium, courtesy xbitlabs]
Intel Itanium End: End of HP-UX
The Web Logic Development Journal listed some HP statements during the Oracle-HP court case:
The end-of-life for (single supplier) Intel Itanium is not a surprise, but the court statements are interesting.

In November of 2011, 3000newswire discussed Project Odyssey, HP's delivering HP-UX features to only Linux and Windows.


"Unfortunately project Odyssey will ultimately drive most companies to IBM's AIX. [HP-UX] features on Linux are desirable, but Odyssey won't get many customers to migrate to Linux. I think it is very interesting that only Linux and Windows are supported.

Clearly, HP-UX is on the ropes. The [court document revealed] death of Intel Itanium co-insides with HP pushing users off HP-UX and Itanium. With Oracle shutting down Itanium software development, the death of Windows on Itanium, death of Red Hat Linux on Itanium - the push off of Itanium's sole remaining HP-UX operating system is not unusual. 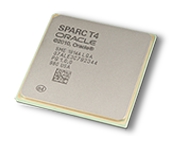 In the SPARC community, things is vastly different. SPARC is a specification, multiple commercial vendors build SPARC processors and systems, anyone can choose to make their own SPARC chips without going to existing vendors, there is no legal risk for additional vendors to building SPARC processors, and multiple operating systems by multiple profitable vendors exist for processor support.

Oracle released a 4 part virtual seminar on the Solaris 11 road map (note: published comments on Session 1.) With new processors from Fujitsu and Oracle being released (seemingly yearly) and diversification of Solaris under all major commodity processors - it feels like the 1990's, with the launch of the Internet, all over again!
Posted by David at 3:00 AM